Capitalism has outlived its usefulness 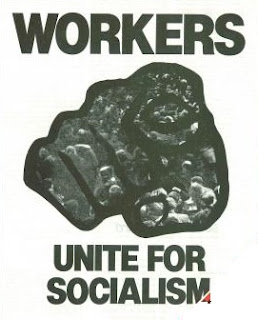 The most pressing need facing humanity is to progress from the anarchy of capitalism to a post-capitalist society. The price to pay for delaying this task will be more poverty, increasing hunger, mounting disease and continuing wars. To these has now been added the climate change and global warming which could make all the higher forms of life extinct.

Instead of technology being utilised to produce for sale, only to make a profit for the minority parasitic owning class, with a rationed access to the wealth that workers create, (wages) for the working class (all wealth comes from the workers), production in socialism will be for use and will be ratcheted up to create surpluses for the satisfaction of human needs. Over-production, because of competition, sends capitalism into crisis, as human needs are still unmet, 'can't pay, can't have', is the cause of disputes and wars over trade, trade routes, raw materials and spheres of geopolitical influence.

Capitalism has outlived any useful purpose it might have had in building up the technology and educating workers, so the workers not only produce the wealth, they effectively run capitalism from top to bottom. The twin concomitants of capitalism poverty (absolute or relative) and war, (proxy or arms sales or otherwise) will always persist.

Therefore socialism is a production for use society, democratically owned and controlled by us all, without the need for the anarchy of markets, state-control over people or a means of exchange (money). Government ceases to be 'over people' and becomes the people self-administering 'things'.

Time for an end to wage slavery. The last great emancipation will be that of the working class freeing themselves from waged slavery and taking the world into common ownership and democratic control. Time for a societal upgrade to an elite free, democratic, post-capitalist, production for use, free access society, owned and run by us all, as part of a truly socially equal human family.

The capitalist class are the parasitical class. All wealth springs from labour. Capitalism has outlived any useful purpose it might have had in building up the technology and educating workers, so the workers not only produce the wealth, they effectively run capitalism from top to bottom.

It is not just a question of abolishing money but of common ownership with production for use and then money becomes obsolete. You can paper your walls with it then or soften it for toilet tissue. Capitalism’s technological change allied with its competition creates conflict which capitalism cannot resolve and sows the seeds of the possibility of the demise of capitalism with production for use of a superabundance of wealth harnessed for the common good.

Money is merely a means of exchange. Commodity exchange does not create wealth but is a reflection of the exchange values already contained in the wealth exchanged. The workers' commodity 'labour power' produces a surplus value above what its market exchange value is and is the source of profit once the surplus is sold on the market. Poverty, relative or absolute, is then the essential element within the exploitative relationship of capitalism which keeps the wage slave presenting himself for exploitation and productive in excess of his rationed waged access.

The Labour Party is not and never has been a socialist party. “The Labour party has never been a socialist party, although there have always been socialists in it – a bit like Christians in the Church of England,” said Tony Benn
But some argue that British socialists should at more like the Spanish party Podemos but what advantage would that give any real socialist? They would be in precisely the same position as any other capitalist party and have to govern over the people as representatives rather than be proceeding, from the people with a mandate for the social revolution in which power resides with the people with recallable delegated functions when required by the people. Don't confuse parties which call themselves 'socialist' or 'socialistic' yet aim to govern over people with the real thing. They are all capitalist variants, at best 'reformist', at worst charlatans.

Socialism will not come in," like a thief in the night", as that balloon Keir Hardie once said, but as the conscious act of the immense majority, who know what it is they are doing and why the democratic end results of a democratic revolution determine the means used to attain it.

Socialism is such a revolutionary transformation of society, from private corporate or state ownership of the means of producing and distributing wealth, into common ownership and democratic control of all resources, from production of commodities for sale, with rationing of access via wages and prices to the producers, into production for use, of utilities for free access and use by all.

Once common ownership is established and wage slavery abolished, the world will not be the same as it was. Children will laugh at those money tokens, bank cards, credit cards and cash registers and card machines, in the museums of antiquity.

However, the twin concomitants of capitalism poverty (absolute or relative) and war, (proxy or arms sales or otherwise) will persist as long as capitalism persists. War arises from competition over raw materials, trade routes and spheres of geo-political, national, global, transnational capitalist, interests.

Time for an end to wage slavery. The last great emancipation is that of the working class.

Time for a societal upgrade to an elite free, democratic, post-capitalist, production for use, free access society, owned and run by us all as part of truly equal humans.

It is not the job of politicians, but our job to see it as necessary and to make it so happen, we move into the post-capitalist society.