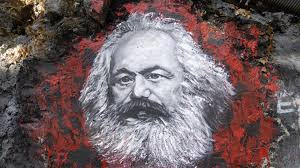 Socialists should explain their aim and describe the essential characteristics of socialism clearly so that it can be understood by everyone. Understanding socialism should be simple. Socialists believe that society is divided into two great classes by the present form of property-holding and that one of these classes, the wage-earning, the proletariat, is robbed by the other of the fruits of their labour by the capitalist. A multitude of people possess nothing – they are property-less. They can only live by their work, and since, in order to work, they need an expensive equipment, which they have not got, and raw materials and capital, which they have not got, they are forced to put themselves in the hands of another class that owns the means of production, the land, the factories, the machines, the raw material, and possess accumulated capital in the form of money. And naturally, the owning and possessing class takes advantage of this power. All  misery, injustice and disorder, results from the fact that one class monopolises the means of production and thus controls life, itself, and they impose their laws on the subservient class. The thing to do, therefore, is to break down this supremacy of one class. All differences in class must be abolished by transferring the ownership of the means of production and of life, which is to-day a power of exploitation and oppression in the hands of a single class, from that class to the whole of the community. The abusive rule of the minority must be substituted by the universal co-operation of citizens associated with the common ownership of the means of labour. And that is the essential aim of socialism - to transform capitalist property into social property. The object of socialism is to see society transformed, to be changed into something quite different from what it now is. It is a new society that we are working to achieve, not fixing up of our present system into a better, new improved smoother-working form of that same old social and economic order. The essence of socialism is that both the production and the distribution of goods will be carried on for the benefit of the community, instead of as now for the gain of individuals at the expense of the community.

Socialists long ago realised that the problems we face are in fact social problems, not natural ones or the vengeance of gods – social problems because they have their roots in the way our world is organised for production, that is production for profit, not need. If you think seriously about it, you’ll be hard pressed to find any aspect of our lives that is not subordinated to the requirements of profit. This is the case the world over. We are all of us at the mercy of the anarchic laws of capitalism.

Socialists advocate a world without borders or frontiers, social classes or leaders, states or governments or armies. A world devoid of money or wages, exchange, buying or selling. A world where production is freed from the artificial constraints of profit. A world in which people give freely of their abilities and take according to their own self-defined needs from the stockpile of communal wealth. A global system in which each person has a free and democratic say in how their world is run. Socialism, like capitalism, can only exist on a global scale, and that it will only come about when a majority of the world’s people want it and are prepared to organise for it peacefully and democratically, in their own interests and without leaders. No vanguard can establish socialism – “the emancipation of the working class must be the work of the working class itself”.

Capitalism cannot be reformed in the interests of the world’s suffering billions because reform does not address the basic contradiction between profit and need. The world’s leaders cannot be depended upon because they can only ever act as the executive of corporate capitalism. The expansion of democracy, while welcome, serves little function if all candidates at election time can only offer variations on the same basic set of policies that keep capitalism in the ascendancy.

Capitalism must be abolished if we as a species are to thrive if the planet is to survive. No amount of reform, however great, will work. Change must be global and irreversible. It must involve all of us. We need to erase borders and frontiers; to abolish states and governments and false concepts of nationalism. We need to abolish our money system and with it buying, selling and exchange. And in place of this, we need to establish a different global social system – a society of where common ownership and true democratic control of the Earth’s natural and industrial resources exists. A society where the everyday things we need to live in comfort are produced and distributed freely and for no other reason than that they are needed – Socialism.

It is now no utopian fantasy to suggest we can live in a world without waste or want or war, in which each person has free access to the benefits of civilisation. That much is assured. We certainly have the science, the technology and the know-how. All that is missing is the will – the global desire for change that can make that next great historical advance possible; a belief in ourselves as masters of our own destiny; a belief that it is possible to free production from the artificial constraints of profit and to fashion a world in our own interests. And how soon this happens depends on us all – each and every one of us

Socialists hold that because we can adapt our behaviour, the desire to cooperate should not be viewed as irrational. We hold that humans are, “by nature”, cooperative and that we work best when faced with the worst and that our humanity shines through when the odds are stacked against us. There are millions of cases of people donating their blood and organs to complete strangers, sacrificing their lives for others, of people giving countless hours of their free time to charitable work – all of this without financial incentive.