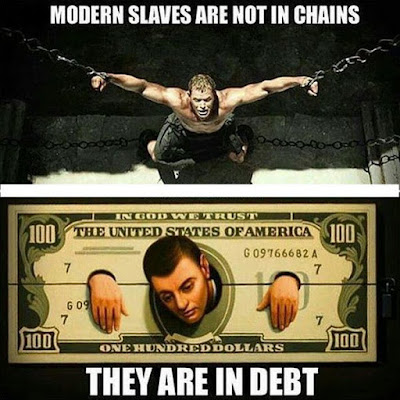 Let us imagine something different. Let us imagine that our children have been born into a society where life is not organised around the need to produce goods for profit but where people co-operate freely, irrespective of sex or ethnicity, to produce the things they need in such a way that everyone contributes what she or he is able. In such a society children are given adequate opportunities to develop their skills and abilities, whatever these might be, without consideration of what is or is not 'natural' to their gender. Thus some who show an aptitude for, say, metalwork will be encouraged in this direction while others who shows an interest in the care of young children will have the opportunity to participate in that. Education is organised not on the basis of tests, competition and the acquisition of a narrow range of skills of use to the labour-market but rather as a continuing and life-long experience of giving and receiving skills and knowledge which enable people to pursue whatever kind of life they think most likely to result in their own happiness. Work in this kind of society - socialism - will not be wage-slavery. People will not have to sell their energies to the minority who own the means of production and distribution - the factories, offices, transport systems, shops, etc. - in return for a wage or salary. In socialism - a society based on common ownership - people will co-operate to produce those things which they need as a community- useful things, which will be freely available to all members of society. With the profit motive removed, men and women will be able to choose their work in accordance with their talents, skills, and preferences, contributing as much or as little as they feel able. The criterion for choosing one kind of activity rather than another will no longer be which one pays the most, has the best perks, the best prospects for promotion or the most job security. All these considerations will be obsolete in a money-free socialist world. Work will no longer be the activity we do to obtain the wage which enables us to survive.

The mere replacement of private ownership by state ownership is not socialism and cannot bring about emancipation. Socialism is a system of society based upon the common ownership and democratic control of the means and instruments for producing and distributing wealth by and in the interests of the whole community.  Socialism will be a very different society from capitalism. Whereas in capitalism goods are produced for profit and sale on the market, which means that many people go without the things they need because they cannot afford to buy them, in socialism goods will be produced for people to use, without the need for buying and selling. And because there will be no buying and selling, there will be no need for money; instead, people will take freely what they need from the common store

Work will no longer be the exploitation that it is in capitalism where the majority of us - the working class - sell our labour-power to an employer, who owns the machines, factories, tools, land, etc., in return for a wage or salary. In socialism, because goods will no longer be produced solely for profit, there will no longer be the division of society into classes whose interests can never be reconciled. Work will take the form of co-operative effort, freely entered into by people who will be aware that ail of society is benefiting, and, as a result, they benefit.

In capitalism because of the need for the ruling class to protect its own interests against the opposing interests of the workers, the majority have very little say in the decision-making process - in central government, at a local level, or at work. In socialism, however, each individual will be able to participate fully in the making of the decisions which affect their lives. Democracy in socialism will not be the sham that it is in capitalism but a meaningful process which recognises the worth of everyone and through which people will be able to contribute fully to society in accordance with their particular skills, knowledge or experience.

In capitalism the world is divided into nation-states, reflecting the territorial interests of the capitalist class. This is the cause of patriotism, nationalism, and futile wars in which the working class are sent to be killed themselves, or kill other workers in order to protect the interests of their masters. Socialism will be a world-wide system without arbitrary and divisive distinctions between one area of the world and another.

Socialism is a liberation project for human emancipation. This will not come about in an automatic or inevitable way. A political organisation whose object is socialism cannot permit sexism or racism within its membership on the grounds that nothing can be done now and that the problem will be resolved 'after the revolution'. For a political organisation to be credible, it must embody the attitudes, values, and practices that it seeks to institute in society at large. Socialists believe that all people, men and women, are equally worthy of respect - and the Socialist Party the following clause: