The battle is class struggle 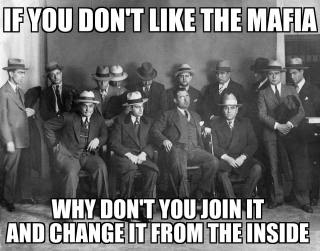 The Socialist Party aims to replace the present capitalist system, with its inherent injustice and inhumanity, by a social system from which the domination and exploitation of one class by another will be eliminated. In socialist society the means of production have ceased to be capital, that is, to be a means of exploitation. In a socialist society, there are no longer classes with a monopoly of property in the means of production arid classes deprived of property in the means of production. In the conditions of socialism, the means of production are social property. The conversion of the means of production into social property and the emancipation of the workers from all forms of exploitation signify the new socialist system. The present capitalist order is marked by glaring inequalities of wealth, by chaotic waste and instability; and in an age of plenty, it condemns the great mass of the people to poverty and insecurity. Power has become more and more concentrated into the hands of a small irresponsible minority of financiers and industrialists and to their predatory interests, the majority are habitually sacrificed. When profit is the main stimulus to economic effort, our society oscillates between periods of feverish prosperity in which the main benefits go to speculators and profiteers, and of catastrophic depression in which the people’s normal state of insecurity and hardship is worsened.

Socialism is not some Utopian dream. Socialism will not mean government control. The state serves the interests of the ruling class. Capitalism has created the economic conditions for socialism in the world. Today, there is social production but no social ownership. Socialism will bring social ownership of social production. Only socialism can turn the boundless potential of working people and resources to the creation of a world free from tyranny, greed, poverty and exploitation. By harnessing new technology, automation and robotics we could achieve an era of abundance for all, releasing us all from monotonous toil and drudgery. Capitalism has failed, and so have efforts to reform it. The needs of people, not profit, are the driving force of a socialist society. Under capitalism, labour is a commodity. Workers are used as replaceable parts, extensions of machines—as long as they provide dividends. Employers use their power of ownership to devastate the lives of workers through layoffs, shut-downs, and neglect of health and safety. Unions, despite their courageous efforts, cannot eliminate even the worst abuses of management power.

Capitalism, by its very nature, is a prolific breeder of crime. It is a system of legalised robbery of the working class. The whole process of capitalist business is a swindle and an armed hold-up. As Woody Guthrie sang “Some will rob you with a six-gun/ And some with a fountain pen.” In capitalist society what constitutes a crime and what does not is a purely arbitrary distinction. The capitalists do not recognise any line of demarcation for themselves. They do whatever they can “get away with.” The record of every large fortune and big corporation is smeared not only with the brutal robbery of the workers but also from the bribery of law-makers to plain murder. Wall Street is full of unprosecuted banksters. In a society where each grabs what he can at the expense of the rest naturally, government office offers a wide opportunity for corruption. It is not surprising that in a system of society where the aim is to get rich by any means, crimes of every kind should flourish. Capitalism blames crime upon the individual, instead of upon the bad social conditions which produce it. Hence its treatment of crime is essentially one of punishment. But the failure of its prisons, with their terrible sex-starvation, graft, over-crowding, idleness or forced labour, stupid discipline, ferociously long sentences and general brutality, is overwhelmingly demonstrated by the rapidly mounting numbers of prisoners and the long list of terrible prison riots. Capitalist prisons are actually schools of crime. The American prison system is particularly callous and fruitless. It is characteristic of capitalism to justify all the robbery and misery and terrors of its system by seeking to create the impression that they are caused by basic traits in human nature, or even by “evil acts of satan.” Mankind is pictured as an aggressive animal, and therefore capitalism escapes responsibility. This is all nonsense, of course. Mankind is by nature a gregarious and friendly species. He or she is not violent because he dislikes others of his own species, perhaps differing from him in language, religion, geographical location. His violence has always arisen out of struggles over the very material things of wealth and power. This is true, whether he has been living in a tribal, slave, feudal or capitalist economy. In a society in which there is no private property in industry and land, in which no exploitation of the workers takes place and where plenty is produced for all, there can be no grounds for crime. The interests of a socialist society are fundamentally opposed to the murderous and unnatural struggle of dog-eat-dog capitalism. The overthrow of capitalism will bring about the immediate or eventual solution of many great social problems. Some of these originate in capitalism, and others have plagued the human race for scores of centuries. Among them are war, religious superstition, prostitution, famine, pestilence, crime, poverty, alcoholism, unemployment, illiteracy, race and national chauvinism, the suppression of woman, and every form of slavery and exploitation of one class by another. Only a world socialist system can fully uproot and destroy all these evils.

One of the classical capitalist arguments against socialism is that it would destroy incentive; that is if private property in industry and the right to exploit the workers were abolished the urge for social progress, and even for day-to-day production, would be killed. Why incentive in the socialist society will be even greater is easy to answer. They own everything in it. There is no exploiting class to rob them of the fruits of their toil. They welcome better production methods because they get the full benefit of them. They will have broken the chain of capitalist slavery by building a new world of liberty, prosperity, and happiness for themselves and families. It is equally understandable why the producers in capitalism betray no such enthusiasm in their work. They are robbed of what they produce; for them improvements in production mean wage-cuts and unemployment. Incentive under capitalism is confined practically to the exploiting classes and their hangers-on. It is only with the advent of socialism that real incentive will develop. The apologists of capitalism declare that socialism destroys individualism. But when they speak of individualism they have in mind the right of freely exploiting the workers. They mean that the anti-social individualism of capitalism will go. Inside socialism no one will have the right to exploit another; no longer will a profit-hungry employer be able to shut his factory gates and sentence thousands to starvation; no more will it be possible for a little clique of capitalists and their political henchmen to plunge the world into a blood-bath of war. Such deadly individualism is doomed. In its stead, there will grow a new and better development of the individual. The society of socialism, by freeing people from economic and political slavery will, for the first time in history, give them all an opportunity to fully express their personalities. Theirs will be an individuality growing out of and harmonizing with the interests of all. It will not have the objective of one’s getting rich by robbing the toilers but will develop itself in the direction of achievement in science, culture, sports, etc. Only socialism can provide equality of opportunity, which means a genuine occasion for people to enjoy life and to exercise their latent talents and skills. Life in a socialist society will be varied and interesting. Individual will vie with individual, as never before, to create the useful and the beautiful. Locality will compete with locality in the beauty of their architecture. The world will become a place well worth living in, and what is the most important, the joys of it will not be the monopoly of a privileged ruling class but the heritage of us all.

The Socialist Party does not believe in change by violence. Social and economic transformation can be brought about by political action through elections. The Socialist Party aims at political power in order to put an end to this capitalist domination of our political life. It is a democratic world socialist movement. This wholesale reconstruction will be accomplished by democratising all levels of society, and by making workers’ self- management the touchstone of industrial relations. We call upon all Socialists to unite to secure humanity’s imperiled future. Socialism will unify the world into one great inter-connected, inter-linked and inter-dependent organisation. Global resources will be at the disposition of all the people of the world. There will be none of the barriers erected by capitalism – no borders, no nations. Socialism will have achieved Marx’s famous slogan, “Workers of the World, Unite!”
By ajohnstone at November 04, 2016