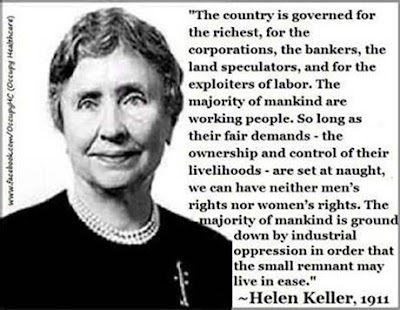 The purpose of the Socialist Party to hasten the introduction of socialism, which will abolish private and state property and secure common ownership of the means of production and distribution. Wage labour will be abolished, together with all the other harmful social relations of capitalism. This is a task which means that workers in the majority must be conscious in their revolutionary role, and fully aware of the implications of their actions. When they gain political power based on a socialist mandate they can establish Socialism.

Despite their many and often heroic struggles of defiance and resistance working class have yet to face up to the basic problems caused by capitalism. They suffer under its exploitation but still endure and accept the continuance of the system. Capitalism cannot continue without the overall compliance and complicity of the working class. They accept the idea of private property. The wages system is the natural way they can gain a livelihood. However, the problems and pressures of capitalism are making more workers anxious and apprehensive about the kind of existence they can expect under capitalism and what the foreboding future holds for their children. Social systems are changeable. The history of the ancient world and middle ages shows that past social systems, seemingly unassailable, were all subject to revolutionary change.  People know that in the past the world was very different from what it is now – different ideas and behaviour, different political systems, different production methods, different means of transport, and different social classes – slave owners and slaves, feudal lords, and serfs, and today employers and wage workers. In the past society has been made up of a number of conflicting classes - monarchs, landowners, traders, peasants, workers - but under capitalism these classes have been reduced to two, workers and capitalists. The modern struggle is between these two classes, and capitalism has now become a fetter on further social development. To free our society of war, crises, unemployment, poverty, the workers must capture control of the state and introduce a new system, one in which the means of production and distribution will be owned in common by the whole of society. Each new form of production has brought into being new social classes, a change in social relations, a change in political alignment, and a change in current ideas. The freeman and slave of antiquity looked upon the social world through different eyes from those of the feudal lord and bondsman of the middle ages, and likewise the capitalist and the worker of today have different ideas from those of their medieval counterparts. To understand the ideas of a period it is necessary to examine the economic framework of the period from which the ideas are derived because the economic framework is the dominating influence. Ideas carried over from old outworn systems are carried over into the new, but these traditions are forced into the mould of the new system, though they may have some influence on the shape of the mould. One has only to consider what Christianity looks like now and what it was like a thousand years ago to appreciate this.

Trying to make capitalism work is quite useless to the workers. Some may agree that capitalism has not in the past served the interest of the workers but still hope that perhaps it will in the future if some 'better' leaders are found. Leaders cannot provide socialism for those who do not understand or want it, and those who do understand it don't want leadership. The situation is not one for despair but for hope and action. Sound action must be preceded by sound theory. This requires thought and thought is not easy - most people are afraid of it. The Socialist Party has always held that socialism becomes possible only at a certain stage in the forward march of mankind. It depends firstly on the growth of the powers of production, transport and communication to the level at which the provision of the necessities and amenities of a full life could, with proper organisation and social planning, be assured for the whole population. Capitalism solved this technical problem long enough ago through the development of great industrial plants and machinery and the breaking down of the physical barriers which formerly kept people in different parts of the world isolated from each other. It depends secondly on the growth of working class organisation on a world-wide basis united by understanding of socialist ideas, and by agreement on the democratic political action necessary to replace capitalism by Socialism. The two conditions interact with each other. The second could not proceed the first and, as experience has shown, the growth of socialist understanding and organisation actually lags far behind the advance of productive capacity. Since one country can learn from another and the industrially more advanced could help the less advanced, it is not necessary for the latter to go through all the historical phases of capitalism. On the other hand, it is not possible for one country alone to leap forward into socialism in a predominantly capitalist and hostile world.
By ajohnstone at November 20, 2016