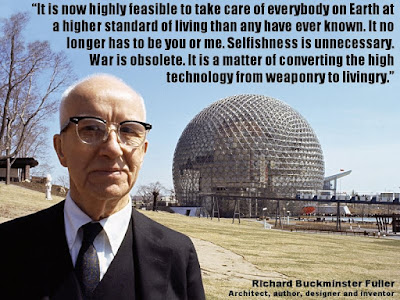 The Socialist Party considers that in our small way, we have made history. Yet we exist in the present as a political party is to make the future. The Socialist Party hopes to act as a catalyst ine the social transition towards a more egalitarian, participatory and environmentally sustainable world.

We are a sharing economy. We have always shared. Humanity would never have survived unless we practiced sharing at a personal and communal basis. We shared common lands with our neighbours and communities just as today share the roads. Mutual aid is an evolutionary trait that anthropologists have long recognised as intrinsic to our essential nature. It remains a fact that the sharing economy has always been with us in one form or another and sharing has forever played its part in our everyday lives. People are naturally social and creative and it drives us to innovate. And the flexibility of human behavior, such as our capacity for cooperation and adaptation, allows us to envisage and create a world beyond the current economic and political models many regard as unchangeable.

Capitalism is beginning to become a dirty word again. People have begun to protest against the profit system and the effect it is having on the environment and the quality of life generally. Neither the Democrats nor the Republicans want nothing to do with these protests. They are as committed to serving the interests of Wall Street. Jill Stein and the Green Party are not anti-capitalist either. Certainly, they criticise Big Corporations and are critical of some of the ways the market-driven system works. And Green Party Ministers in Germany, France Ireland and Italy haven't made any difference to the way capitalism works. It's the old illusion that you can use taxes and government intervention to make the capitalist system work for everybody's benefit. You can't, as has been proved time and again.

A supposedly spontaneous, unorganised anti-capitalist revolution would only end in disaster out of which either the present rulers would succeed in reasserting their control or a new set of rulers would profit from the chaos to seize power. If we are going to get rid of capitalism the majority is going to have to organise itself to do so—in a permanent organisation with a democratic structure. We need to organise to create a state-free, money-free society where goods are produced not to make profits but simply because people needed them.

The election is carried out as if the two main protagonists are marketing agencies selling two superficially different (but nevertheless fundamentally identical) products. The tools of their trade are the typical marketing techniques employed by corporate business everywhere - "spin", "positioning" in relation to key target sectors, junk mail and cold calling of those in a targeted market niche.

So what can you do? Not voting is not as bad as voting for one or other of the parties that stand for keeping capitalism going. But it's a bit of a cop-out. Our ancestors were right to struggle for the vote. The fact that up to now it hasn't been used properly is no reason for rejecting it as useless. Because we think that, in future, the election system could be used in a constructive way we shall be exercising our right to vote. We suggest a write-in vote for socialism. Real socialism, that is. In real socialism, since profit making and money will be abolished, it is all the people and the environment which will come first. Capitalism, with its anti-environmental and anti-social policies, is what needs to be replaced. Socialism is a theory of society that pulls away the mystifying veil of capitalism to reveal the economic exploitation at its core. In light of all the suffering and misery that is erupting throughout the world, is it not time to share resources with one another. Capitalism really did create the capacity for comfortable living. Consider socialism as the common sense application of that potential for abundance.
By ajohnstone at November 20, 2016