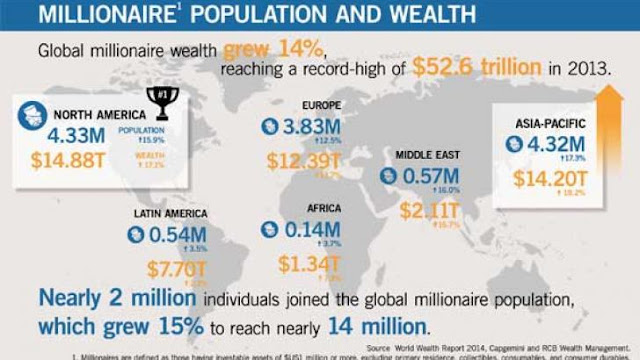 “One man with an idea in his head is in danger of being considered a madman; two men with the same idea in common may be foolish, but can hardly be mad; ten men sharing an idea begin to act; a hundred draw attention as fanatics, a thousand and society begins to tremble, a hundred thousand and there is war abroad, and the cause has victories tangible and real—and why only a hundred thousand? Why not a hundred million and peace upon earth? You and me who agree together, it is we who have to answer that question.” – William Morris

People have endless problems to worry about - problems of wages and prices, rents and mortgages, and how to provide against sickness, unemployment and old age. The usual attitude is to regard these problems as ones that can be dealt with by the political parties who tell the voters about the new laws they will introduce if they become the government which will fix their problems so they have petitioned Parliament and supported candidates for office. Over the years working people throughout the world have employed a variety of other methods in the hope of improving their living conditions. They have marched and demonstrated in the streets, they have in their protests erected barricades and fought against police. But, more importantly, they have also organised in trade unions which have provided them with their most effective weapon, the strike. The unions exist to protect and improve wages and working conditions. The real worth of a trade union must not be overlooked. However, the Socialist Party say that the social system itself needs to be changed fundamentally, that is, the class relationships and the way production and distribution are carried on. This goes much deeper than a mere change of government but it can never be brought about unless there is widespread understanding of what needs to be done. The Socialist Party recognises that even at their best the unions cannot bring permanent security or end poverty.

The establishment of socialism will bring far-reaching changes in production and distribution, arising from the fact that ownership of the means of producing wealth is transferred to the whole of society. The products of labour will no longer be privately owned; incomes from property ownership and from employment will alike disappear, along with buying, selling, and profit-making. In distribution the principle will be “according to need”, and, of course, without the double standards that now exist throughout the capitalist world, of best quality for the rich, and varying degrees of shoddiness for the poor; which, in turn, presupposes that in production every person will give “according to his or her ability” and will see to it that there are no poor quality goods turned out. Unfettered access to educational and training facilities will enable all to acquire knowledge and skill and bring to an end the existing barriers between unskilled and skilled, manual and mental labour. Great demands will be made on the productive capacity of society but there will be ample means of satisfying them. With the ending of capitalism, enormous additional resources of men and materials will become available through stopping the waste of arms and armaments, and the innumerable activities that are necessary only to capitalism, including the governmental and private bureaucracies, banking and insurance, and the monetary operations that accompany every branch of production and distribution. This release of capacity will vastly increase the number of men and women available for the work of useful production and distribution. In addition, we may expect a continuing annual increase of productivity resulting from the accumulation of skill and knowledge and of productive equipment. With these large additional resources at its disposal society will easily be able—if need be with some loss of productivity in particular fields—to end excessive hours of work, harmful speed and intensity, and unnecessary night and shift work, and to use machinery to replace human labour for types of work that cannot be other than unpleasant. The aim of a society of free men and women should be that work is part of life, no more to be neglected than other intelligently conducted human activities. In a free society, functioning on voluntary co-operation, in which “the government of persons will have given way to the administration of things”, people will not wish to spend the working part of their lives as human automatons serving machines, performing monotonous manual operations. The principle must be that people in a socialist society shall be able to bring to all the various aspects of life, including work, all qualities of body and mind, skill, knowledge, thought and imagination. Our future technological developments will accelerate beyond all measure when mankind is freed from the constraints of capitalism. For the expansion of technology is forever intertwined with the expansion of human consciousness and neither can proceed in its correct path until the entrenched social, political, economic and psychological divisions and strive of capitalism is reversed. The more technology is shared, the more our understanding grows of what technology can achieve as a beneficial tool for humanity’s evolution.

The Socialist Party holds a shared vision of socialism as the lasting solution to much of the world’s problems that inflict misery and suffering upon billions of people. When we are genuinely sharing the planet's wealth and resources and when the people themselves are directing where it most belongs—then socialism will blossom beyond our wildest dreams. For then the whole world is involved, including the several billion people whose basic rights to life and liberty are presently unfulfilled and their talents untapped there will be an awakening, as imaginations are released and a metamorphosis takes place in ordinary global citizens, leading to results and transformations that we have never witnessed on this Earth with the disappearance of stress and tension worldwide and instead a newly-found sense of trust and hope. Yet, the socialist movement can go nowhere without the engagement of heart and mind to build it. Let not the aspiration for socialism remain an intellectual abstract ideal when the world needs socialism to be implemented if humanity is to survive. Capitalism contains within it the seeds of our environmental destruction. The longer we fail to pursue our socialist goal, the more likely we will have no future on this planet.
By ajohnstone at November 18, 2016