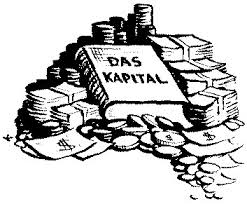 The monetary system has evolved gradually and has been in existence as a system for about 250 years in England and for a much shorter period abroad. We make a distinction between the ancient coinage of Greece, Carthage and Rome, which although used to effect the exchange of commodities was at that period incidental to the main stream of an exchange system which was based on surpluses and barter.

As a general social form, money developed alongside the development of commodity production, and at the point in history when all wealth was produced in the form of commodities money became the universal medium or equivalent through which all exchange transactions were carried out.

The first condition for the introduction of a monetary system is when social products become commodities, i.e. articles produced for sale and exchange. It is quite obvious that commodities cannot go to the market on their own. As they are owned by someone or other, he is the person who will take or send them there.

Likewise, there are other owners of commodities carrying out a similar function. Each will recognize the other as a private proprietor — that is, they respect each other’s rights to dispose of the social product to their own immediate advantage. Eventually they embellish their right through a set of legal relations:

Read the chapter on Money on Capital, on how money is transformed into capital. Money by itself is not capital.
The transformation of Money into Capital

Wealth is torrented upwards to the owners of the means of producing and distributing it. It is created by the wage slaves but rationed out to them in the form of wages and salaries based upon the value of the workers commodity, 'labour power'.

The value of a commodity, even the workers commodity, is dependent upon the amount of 'socially necessary' labour time incorporated within it. (Note value and price are not the same thing.) Exploitation takes place at the point of production. This labour power produces a surplus value for the employer which is realised on the market place. This is so even if the employee is engaged in non-manufacturing, say a service industry as they are a part of supporting the wealth generating sector or a part of its maintainance, say as health workers.

Capitalists are not 'bad’ people, it is not a question of morality, but rather, the necessity of capital to accumulate arises out of its economic class interest, which can only be done so from exploiting the workers disadvantaged economic situation (i.e. non-ownership of the means of production and distribution) for their capacity to produce surplus value, when exploited for waged rations. We are not making a moral argument, but a class one.